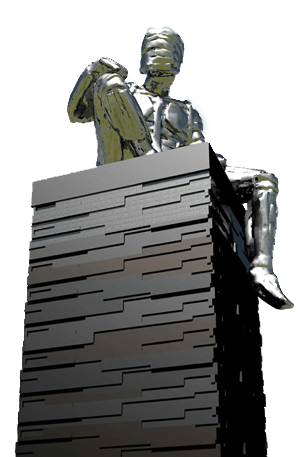 The Man of Steel is a project to erect a large sculpture overlooking the M1 at the Tinsley Viaduct, between Sheffield and Rotherham. I had my doubts about this project, partly because the sculpture itself came about as almost by accident, but its happening, so let's go with it

The project has a donation scheme, which has been supported entirely by the private sector, and the big guns at that.

The organisers have now opened it up to everyone and, for a minimum donation of £20, you can have your name engraved on a steel heart which will be inside the sculpture. You also get a special heart badge and certificate.

We've donated, we're just hoping that the names will be in alphabetical order, as we should be at the top of the list!